Every time you meet a stranger, there's always those questions you would like to ask about them. In this case, you can read those stuffs about me within this material.

I grew up with a family of 6 members -- count includes my parents. I'm next to the eldest child and by no doubt I'm surely the most handsome child among the siblings. That is how it was for a couple of decades and seven revolutions around the sun. 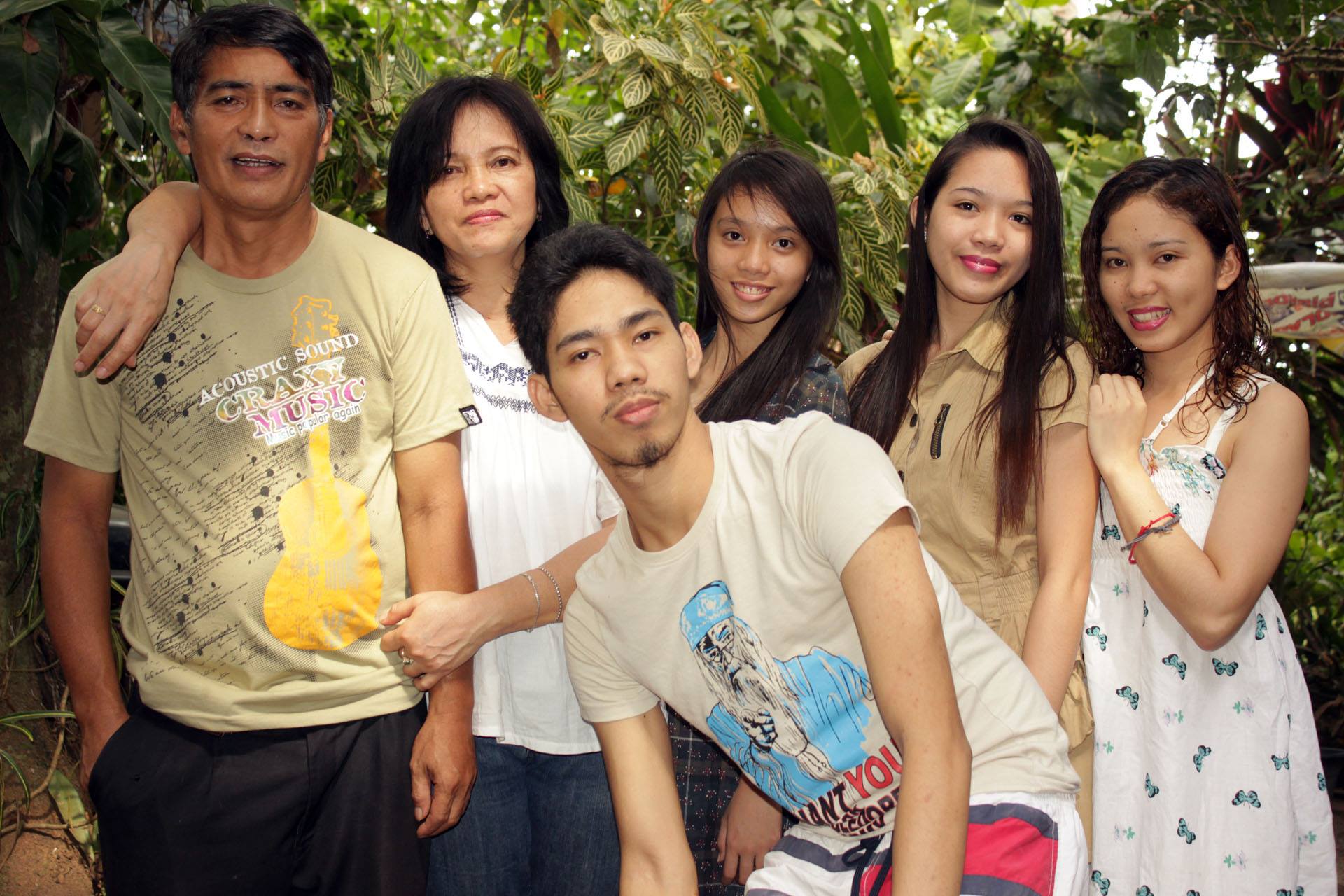 Left to right: Papa, Mama, Me, Dadal, Eula, and Ate

Currently, I'm having another itinerary of the journey. Me and my wife have already started a new family. We've been living together for 9 years before our fruitful relationship produced an offspring. 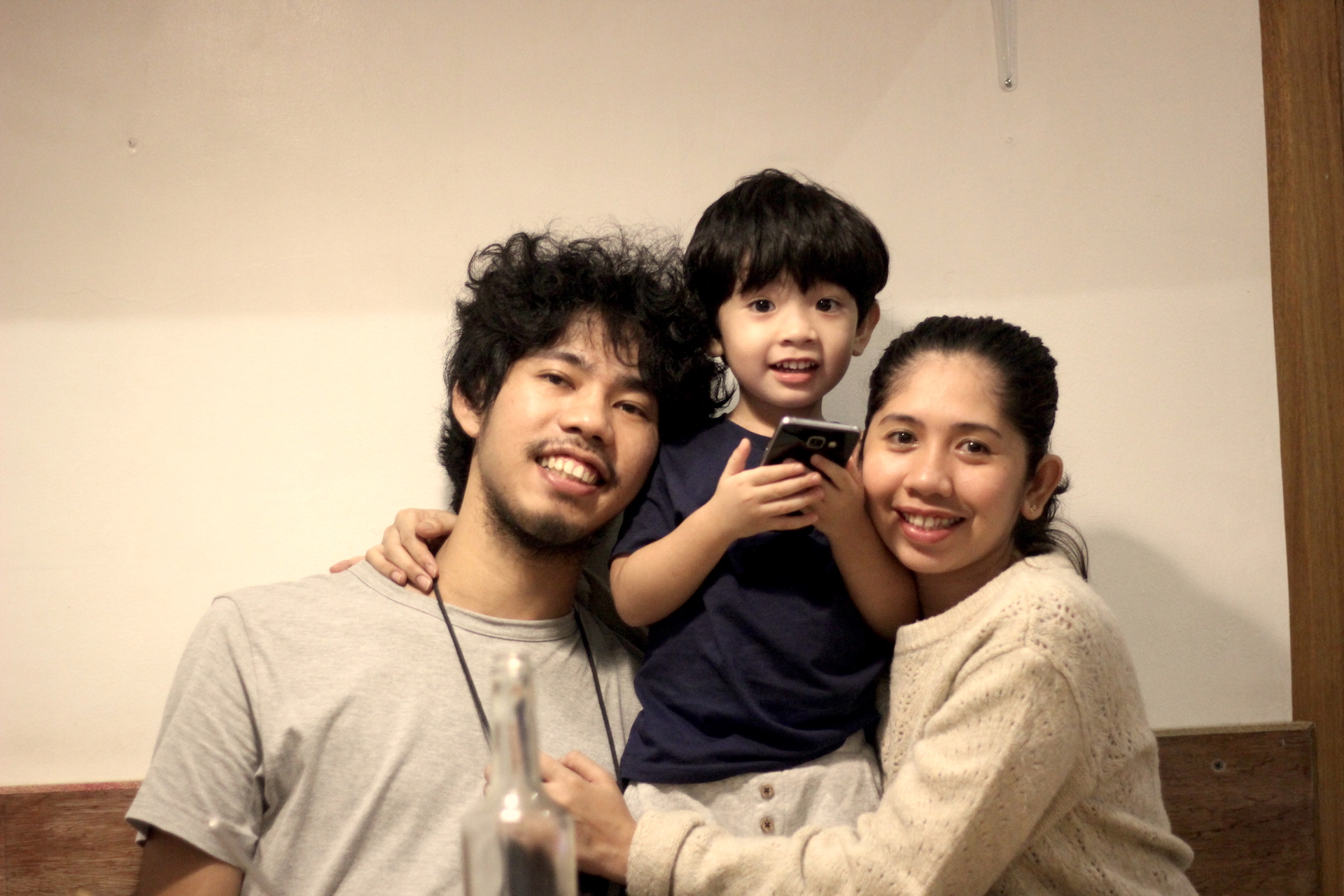 Left to right: Me, Gohan, and Cheche

Like I said, I'm a married family guy. However, those information are still not enough to tell all about me. I need to add even more details.

Maybe we should start with sexuality. I do acknowledge that there's a spectrum of gender and sexuality. There's that part of the new norm. Me however, I consider myself as a heterosexual male.

Personally, I don't like the using taxonomy against people. Categorizing and putting tags on people creates boundaries from each other... but I guess that's the most efficient way for people to understand stuffs. So yeah! I'll continue labeling myself.

Now let's go into the realm of religious views. Most of the time, I call myself a secular... but what that really means is that I'm an atheist. Zeus summoning lightning bolts is really non-sense! On the contrary, I do acknowledge that most people just can't easily remove religion in their lives because you can't really tell the difference if you have been brainwashed or not.

As much as possible I don't like talking about religious views. Religion as a context can easily become a slippery slope. I only like to speak about it with people who can put topics into concepts and scrutinize.

Logic - an essential tool for my training. What was I trained for really? I'd say I'm an engineer. A programmer to be specific. Throughout my entire career, I've been writing software of various kinds. From desktop apps to web apps, and even mobile apps. Given a set of problems and requirements that needs to be addressed with software, I am capable of delivering the solution for it.

Still about philosophy and logic but this time with regards to diet. Diet is simple, just figure out the right calorie intake for your body. You can get calories from fruits and vegetables... or from animal meat. Myself by the way is a meat eater. However, when I learned the scientific facts on birds and mammals exhibiting empathy towards their kinds, my mindset changed drastically.

Pigs, cows, chickens, goats, sheeps, deers, ducks, and rabbits do feel something when they get slaughtered. Dogs by the way are also food in some parts of Asia. So with these current scientific facts, the suggested paradigm for humans is to go pescatarian. The concept is by eating only fish meat as a source of amino-acid-type calories. A win-win situation as a whole! I lean forward to becoming a pescatarian though.

What I wrote here are fact-directed opinions. They may or may not change overtime. It depends on where the empirical evidences are leading me to it.

Now let's talk about nationality and patriotism. Even though I am a Filipino, my point-of-view is not really limited to it. Being a patriot towards to a certain nation enables one to be biased to certain group of people. I fancy myself into practicing how astronauts view the world after some time they live in the ISS. They see the world without borders. So yeah, I lean forward to a world view like being an earthling.

In cases you don't see me around roaming physically, you can get in touch with me through the my favorite online realms.

I work as a programmer and there is this global Q&A site for programmers wherein programmers like me can ask and/or answer programming-related questions. What I like the most about this realm is that the greatest answers to the posted questions are those with highly objective contexts. Thus giving reliable contents for those seeking the truth whether its related to an error, programming paradigm, so on.

So basically the site tries to strip away the highly subjective stuffs to produce quality content.

Anyway, github allows programmers to exchange source-codes globally. Whether you are working with a huge proprietary software or an open-source project, github can really help a lot. That is why I hang in there for a huge part of my daily life.

The github community though is a bit obfuscated. It doesn't look as what it seems when you first look at it.

I don't really use twitter that much but yeah I do have some tweets. Most of which are posts about real-time errors that I found on the internet. Especially to those products and/or services that I have invested some quite amount of time.

I'm still learning on how to properly use the twitter framework though.

Honestly, I despise facebook the most. Not because of the noise but also that it doesn't have news feed filtering features. You know, there are some things you don't want to see in your news feed. I prefer not seeing any posts about "antivax". Filters like that should be good. I may be back alive to facebook when they have put filter features in-place already. Until then, nah!

I'm only in facebook because the people I care the most are there. Nothing else.

The alternative way for you to contact me is through Facebook's Messenger. Yeah, feel free to fire me up a message there.

The primary way of contacting me, however, is through the Email or SMS.

Shown for humans only

For work-related concerns please contact me thru my IRRI email address. Please don't spam me though.

Shown for humans only

I have lots of interests. Most of which are my childhood thoughts that are up to this day still bothering me. Which is why I am still in pursuit of the answers.

Ever since I was a kid, I've always wondered on the actual size of the universe. It turns out there is a quantifiable number to it. Then during my mid-twenties I tried to understand how light works. It turns out light works like a particle and wave both at the same time. Wierd enough but it is what is. Then even further I learned about how much we do not know about dark matter and dark energy, it is becoming weirder.

Back again when I was still a kid, it bothered me a lot why most animals I saw have tails. That's right I'm into tails.

Most of the mammals have tails. A sub-classification of mammals are primates. Sub-classifications of primates are apes and monkeys. It is this divide between monkeys and apes which facinated me so much because it is about the "tailed" and the "non-tailed". Fascinating!

My man Charles Darwin figured it out hundreds of years ago. He figured it out through visual observation only. To think it was very revolutionary that time knowing that it is 2 centuries earlier before DNA was demystified in 1953.

I wished I had access to so much information about evolutionary biology when I was still a kid. I was innocent enough to believe in Noah's retarded story.

What do I do for a living? Those questions can be answered on these succeeding sections.

I joined the International Rice Research Institute (IRRI) during the last quarter of 2015 as a specialist on information systems. 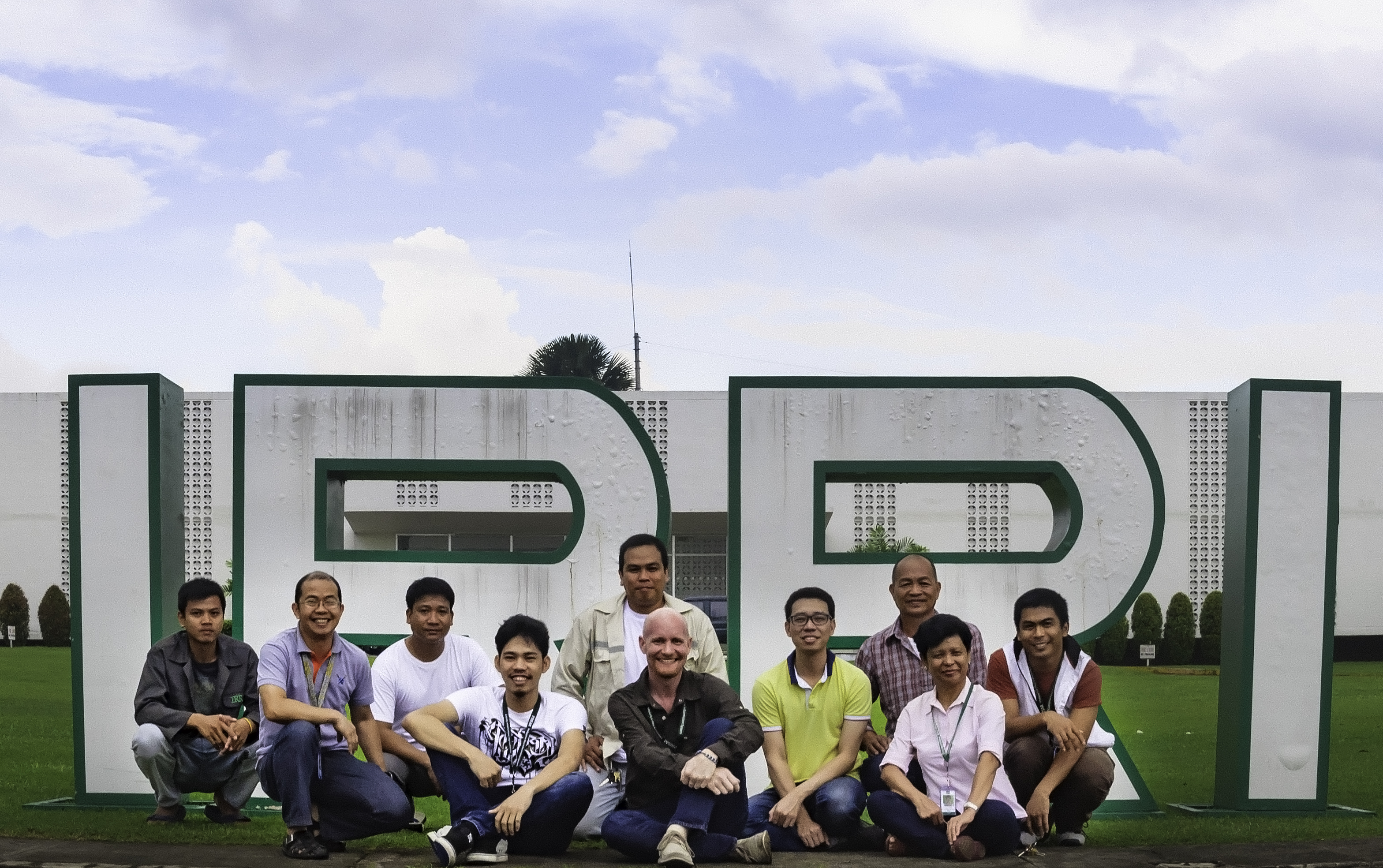 During my stay in IRRI I was lucky enough to work with amazing people on two nationwide DA-funded projects:

Basically, my responsibilities on the said projects are somewhat of typical IT guy stuffs. Write some software, man some servers, and facilitate the nationwide data collection efforts. 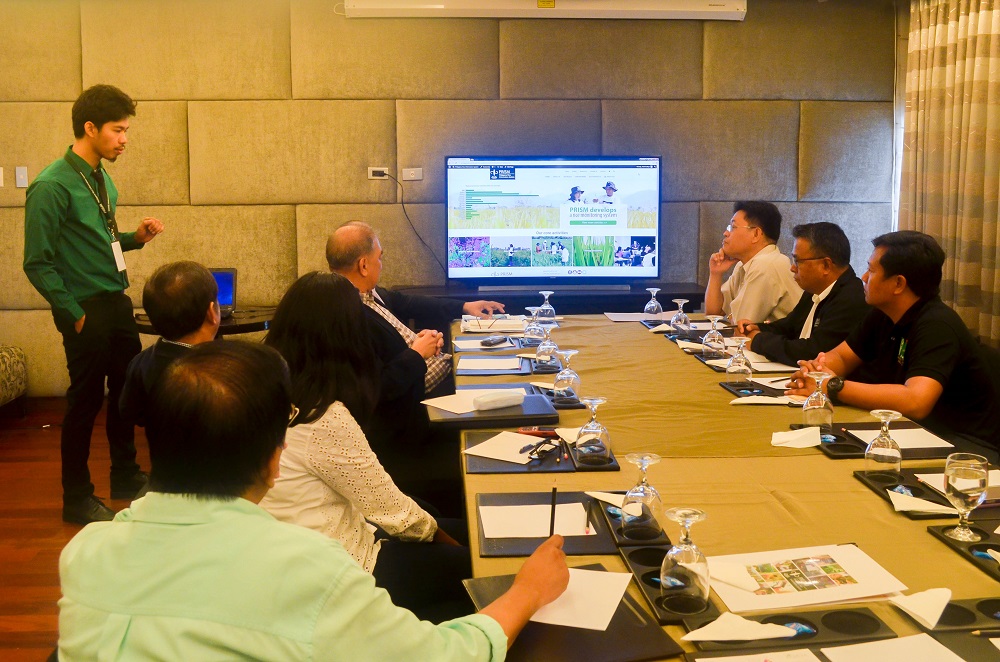 2016. Me presenting the PRISM website to agriculture executives and other government officials. Photo by Neale Paguirigan

The part that I like the most was the dynamic collaboration among colleagues and working as a team. 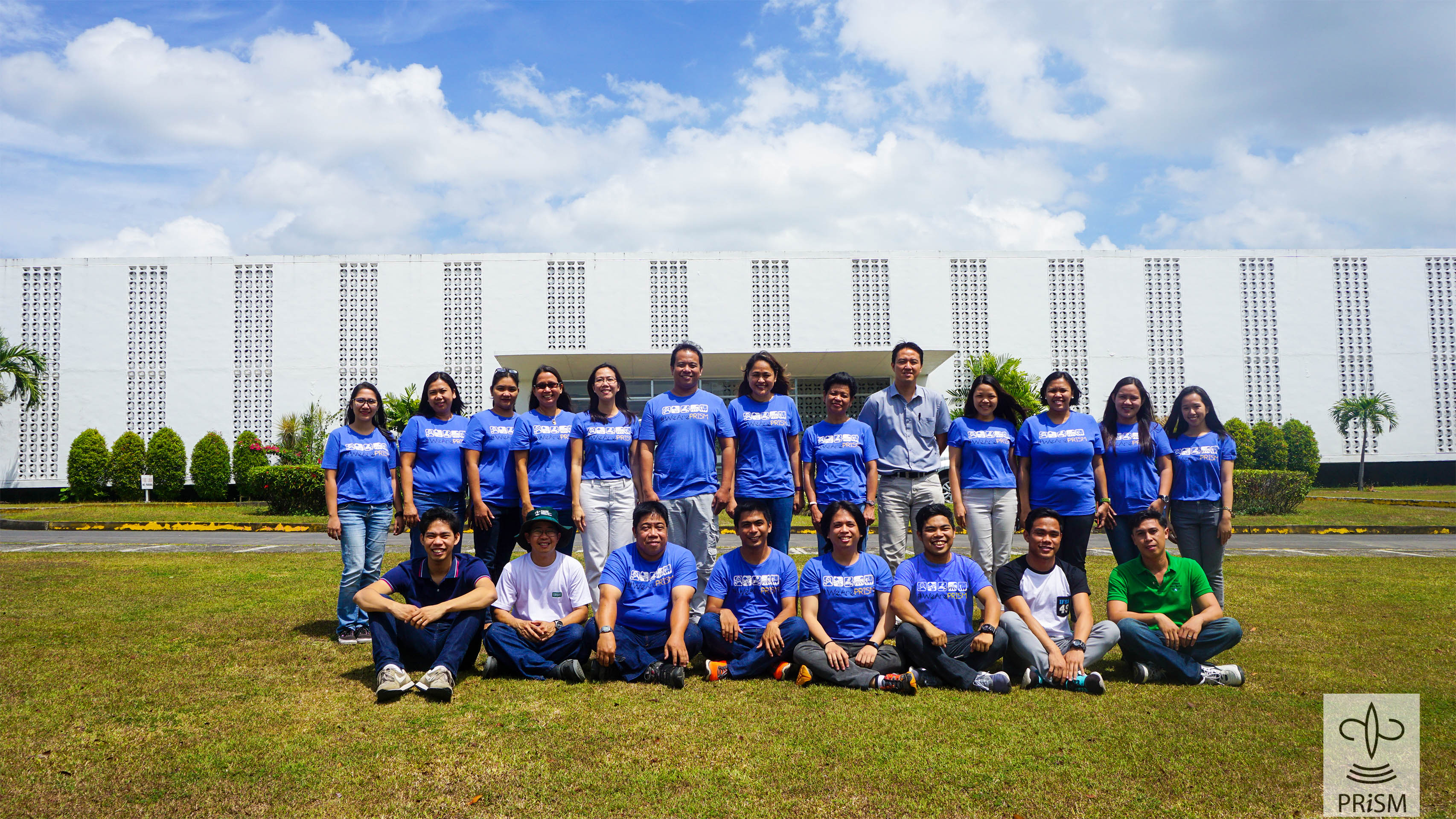 2017. PRISM got nominated for IRRI's Team of the Year award

The PRISM project graduated in 2018 from research phase into operational and is now primarily led and managed by DA and PhilRice. The PRIME project, on the other hand, is still on research phase but its operationalization is now being worked out.

Some of the publicly accessible materials that I have reasonable contributions are the following:

In 2012, I enrolled in UPLB's Master of Information Technology degree program of the Institute of Computer Science. 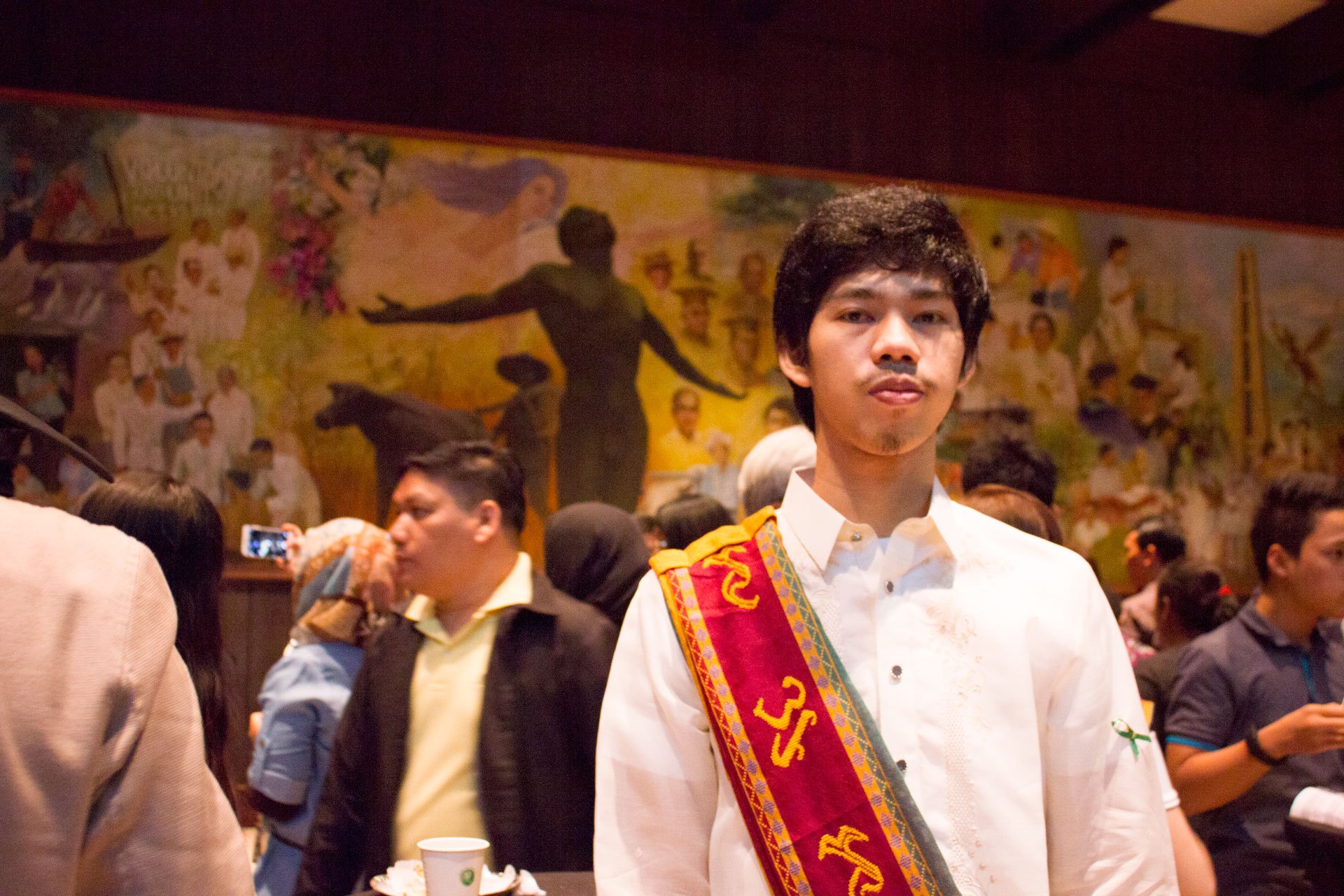 2015. Graduation photo of me wearing "Sablay" the official academic costume of the UP system
Updated